Studio Shoot with Kat Alexis and a beauty dish

A Studio Shoot with Kat Alexis and a Beauty Dish

While perusing Model Mayhem one day, I noticed a new model in my area.  I loved her look and we quickly booked a shoot in my studio.  The best thing about my studio is that I can shoot there at any time, regardless of the weather. Well, almost.  We had to delay the shoot twice due to a pair of serious snow events that are highly unusual in the Portland area.  Finally, the snow melted and we were able to go to work.

Kat Alexis was a joy to work with, so if you need a great model in the Portland area, she has my highest recommendation.  You can find her on Model Mayhem.

There was also another reason I was excited about this shoot.  I had just received an inexpensive 16-inch Fotodiox beauty dish from Amazon and I was dying to try it out.  I've used lots of umbrellas, soft boxes, strip lights and brolly boxes for light modification, but this was my first experience with a beauty dish.  Photographers say it gives a unique light, but the photos I've seen on the net didn't seem to give me a good feel for what to expect.  What else could I do but buy one and try it out myself?

The Fotodiox beauty dish came with a grid, which turns the dish into something of a spotlight.  I wasn't sure how much beam spread I'd get with the grid, so that's what I checked with my first shot.  The dish is about 4 feet from the model's face and there are two gridded hair lights behind her. 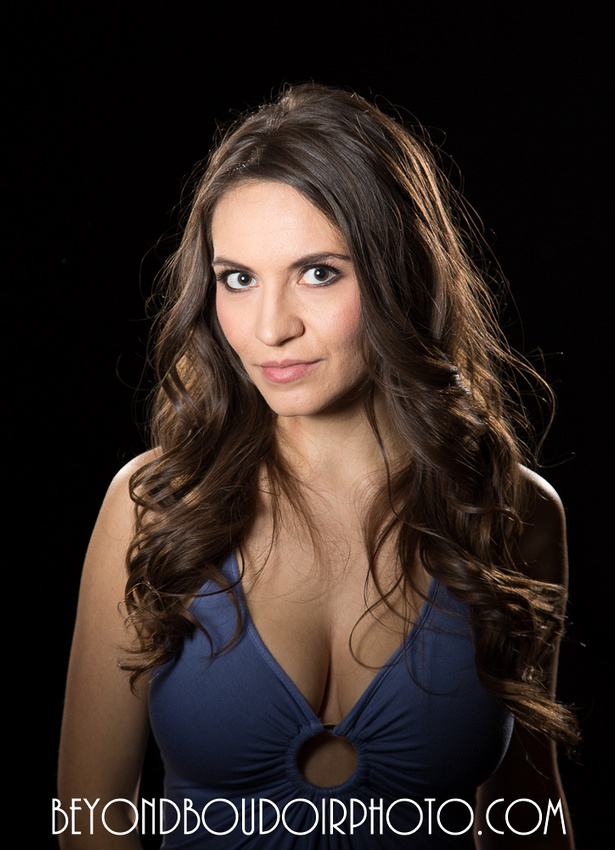 That's a very interesting effect for headshots and I'm sure I will use it again, but I mostly shoot full body portraits.  I quickly removed the grid and moved the dish back a bit farther from my model.

Now that's useful light!  From head to hem.  You can see the dish on the left and a hair light in the upper right corner.  I noticed that the color balance is more toward the blue than my softboxes and umbrellas.  I presume this is due to the white paint on the working side of the dish.

I put the grid back on and fired up a big Paul C. Buff strip light to camera right to act as a fill light.  Notice that in the first two photos above, I had the model turn her face toward the dish.  In the photo below, I had her point her nose directly at the camera.  See how there is now a fairly dramatic shadow alongside the nose?  Even though I was using a strip light (a long softbox) as a fill light, the lighting was still pretty dramatic. 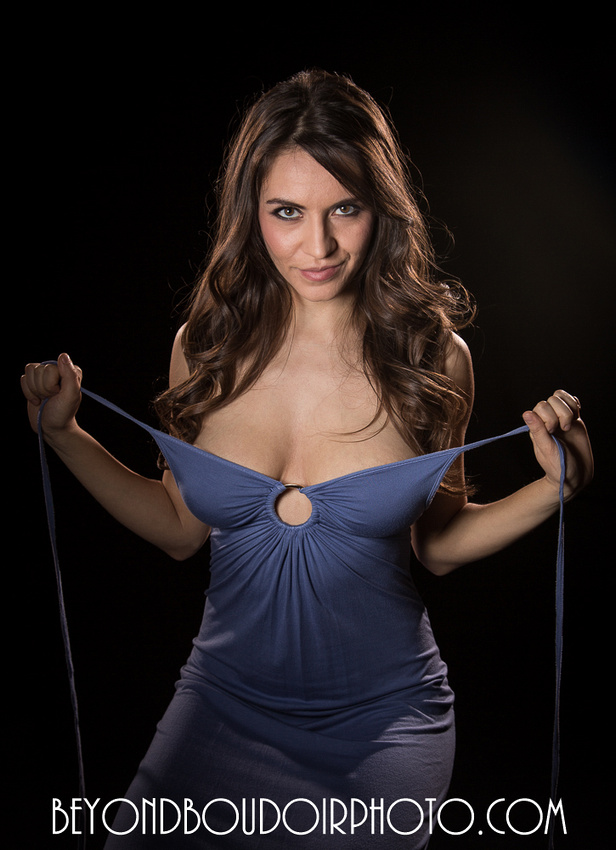 One nice advantage of the dish is that it doesn't take up a lot of space in the studio.  I'm thinking it will also be more wind resistant outdoors compared to the umbrellas I normally use.  Of course it doesn't fold up, so I saved the box it came in for transport.  Hopefully, when the weather eventually allows outdoor shoots, I will be able to write a full report for my loyal readers.

Here is a shot that shows the blue shifted color balance of the beauty dish.  Normally I use a preset in Lightroom to give me nearly perfect color balance from my studio lights.  The other photos you see have had additional correction applied, but this one has not.  I was wondering if this would create an issue when I combined the dish with the strip lights in a single image, but I didn't see a problem.

All photos were taken with my Canon 5D Mark III at ISO 100.  The main lens was the workhorse 24-105 F/4 L.  The strobe units were various kinds of Alien Bees and the triggers were the cheapest Yongnuo junk I could find on Amazon. :)

If you would like to see more photos from this shoot, you are welcome to click here to see more.  FYI: the model received over 200 edited images for her own use.

adams_aj(non-registered)
Excellent work and beautiful, natural model. Congratulations to the both of you. Fine work both in front of--and behind--the camera. Would hope to see another shoot with this model sometime soon. Thank you both for sharing!
No comments posted.
Loading...