Photographing a Girl and Her Camaro

Photographing a Girl and Her Camaro

I love photographing people with their vehicles.  Our vehicles are a big part of our lives, almost like family members.  So when a friend asked me to photograph her posing with her new (to her) Camaro, I was immediately interested.

She wanted some sexy pix for adult dating sites and was willing to let me use the photos in return for a free photoshoot.  That's called a trade shoot, by the way.  In the old days, it was called "Trade For Prints" or TFP since the model would receive prints in exchange for her modeling services.  For a while, it was called "Trade for CD" but that is old fashioned now as well.   I just call it a trade shoot and I email the edited photos to the friend who has posed for me.  That way they can easily send the images on to where they are needed with the click of a mouse or touch on their screen.

Deciding where to do a vehicle shoot is tricky.  You don't want to block traffic or trespass on sensitive property.   If you want to include some nudity, you need privacy.  In this case we used a parking lot behind a vacant office building.  I always prefer to work in the shade if possible, especially on sunny days when the direct light is harsh and unflattering. 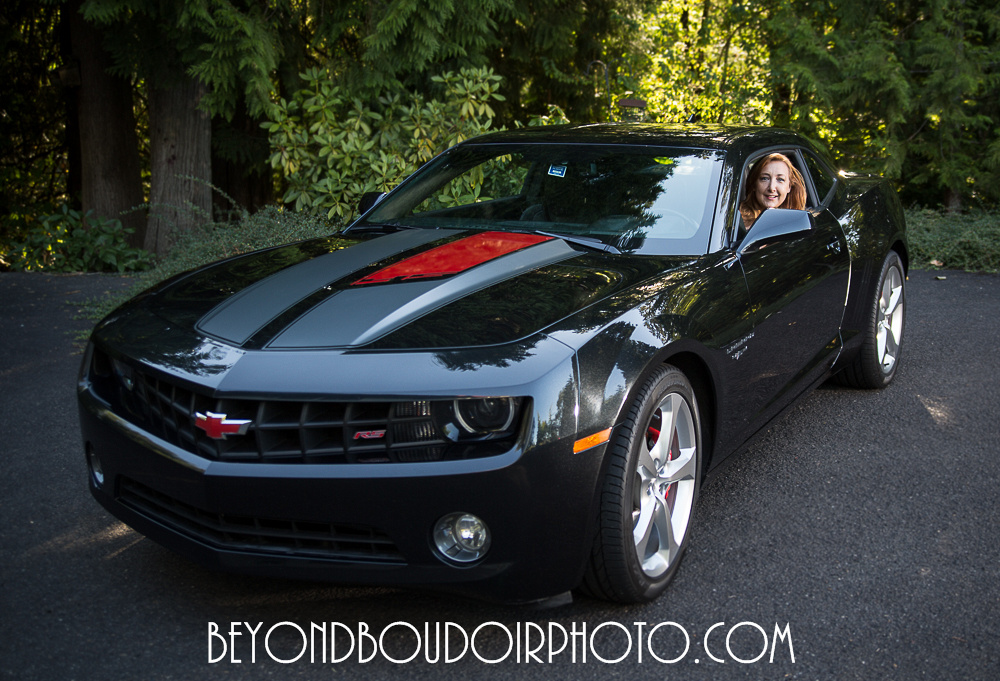 I used a single Alien Bees unit with a battery pack and a simple reflector mounted on a light stand to add some fill light. 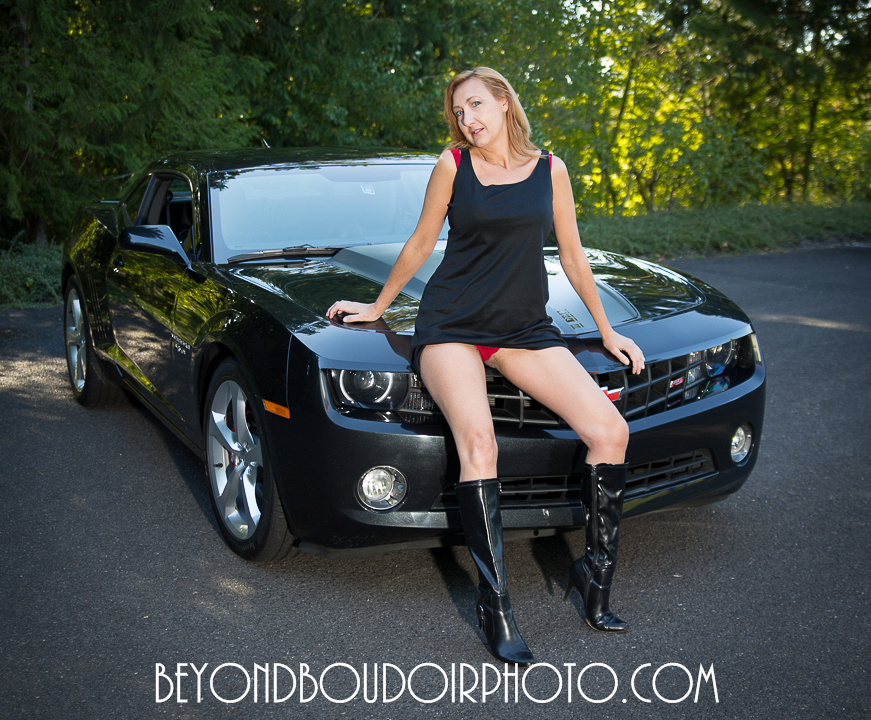 When the model leans against the shiny car, you are going to get big smudges.  Fortunately I happened to have a microfiber towel handy! 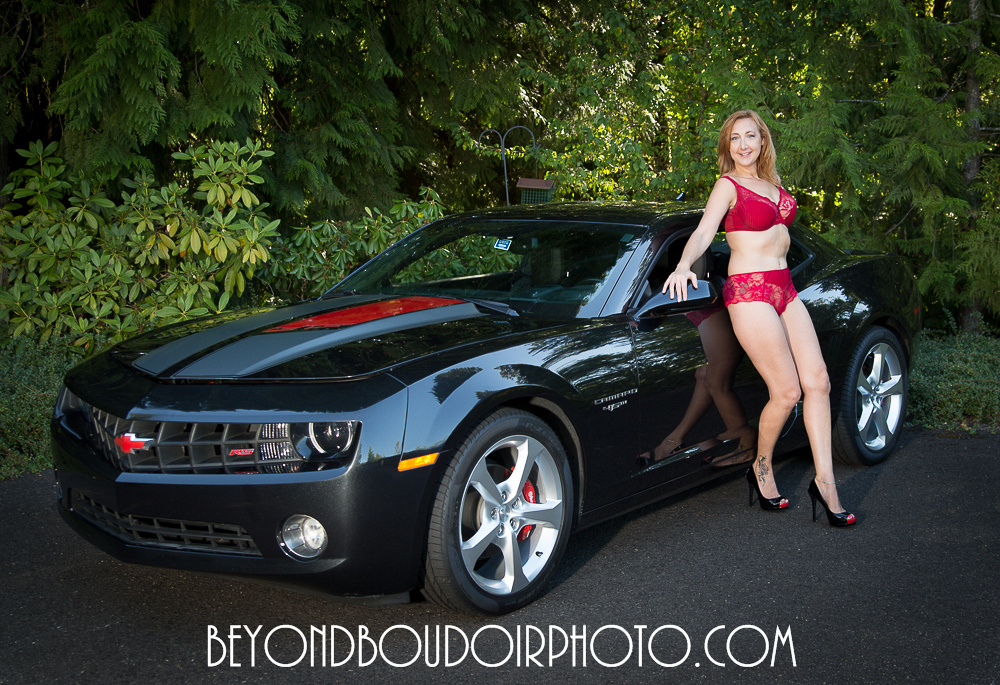 If you want to attract a good man, try letting the air out of your tire! 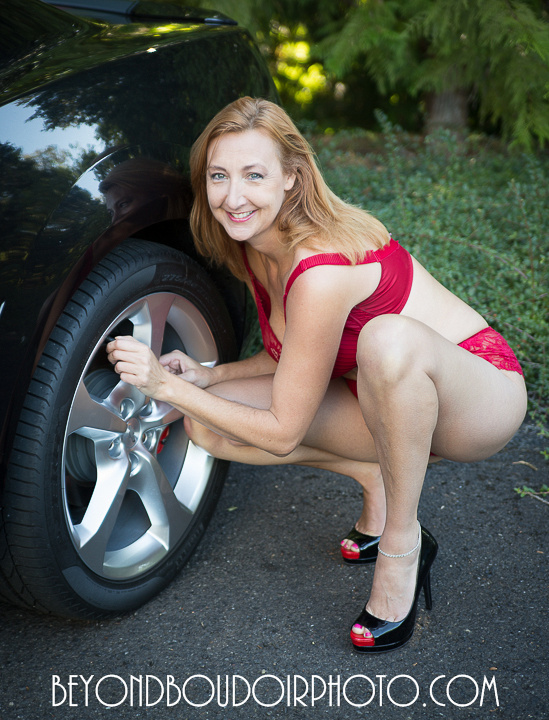 Camaro 4Damsel in distress or cougar on the prowl?

The photo below is an example of what I call a "Faux Selfie."  It's my shameless attempt to take advantage of the selfie craze.  I'm still working on this technique.  Hopefully the selfie craze won't end before I get it perfected. 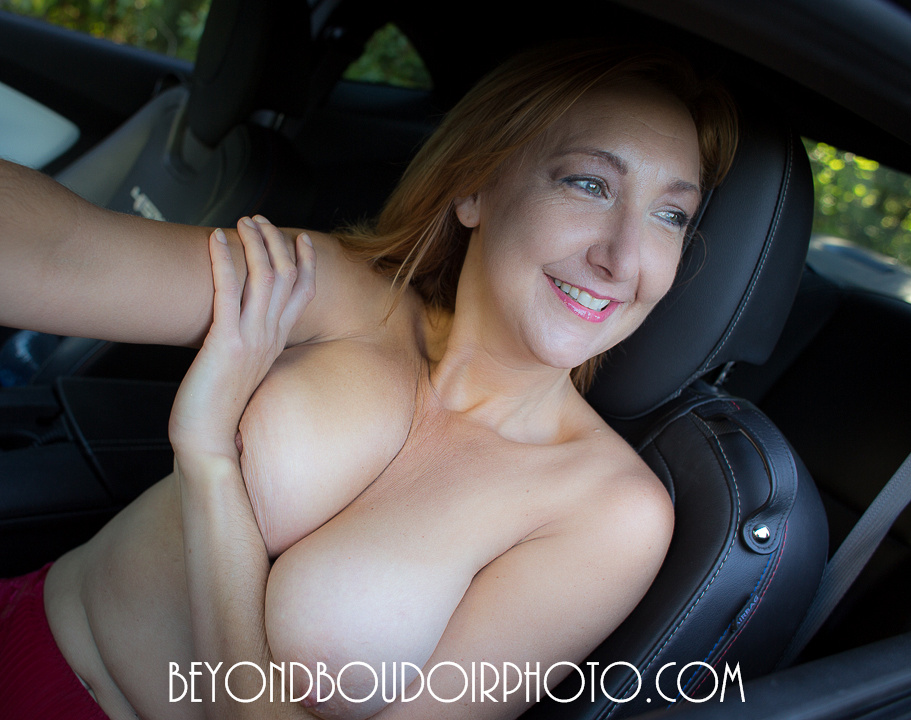 Camaro 5Nude selfie in the camaro.

If you pretend to have engine trouble, perhaps a handsome man will offer to help. 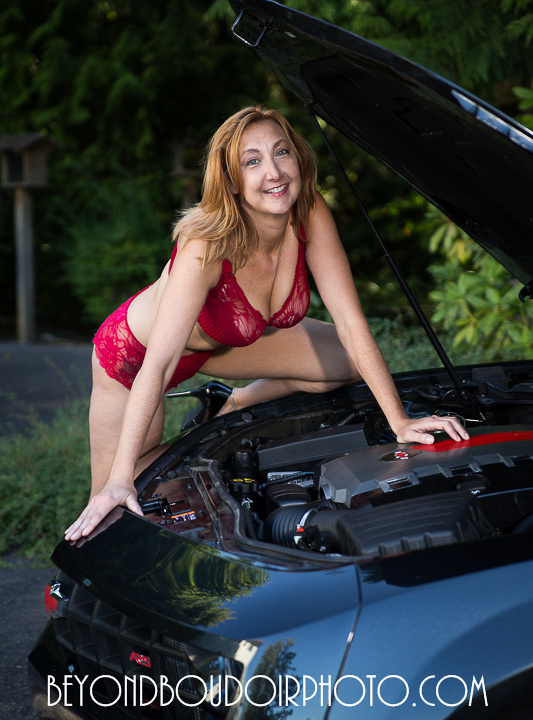 Camaro 6Sexy babe gets under the hood.

You may have noticed that the lovely model is a bit older than the girls who typically pose for the images in this blog.  Actually, she is pretty typical of my average paying client.  I believe the term "Cougar" applies here, so it may seem a bit odd that she drives a Camaro!