Outdoor Photoshoot for a Portland Couple

Outdoor Photoshoot for a Portland Couple

Most of my photoshoots for couples take place either in my studio or in a hotel room.   The Portland weather pretty much forces you to shoot indoors for almost half the year.   But when the weather cooperates, I love doing outdoor photoshoots.   I have a mental lists of parks and other urban locations where you can create images that show a happy, sexy, couple in Portland.

I recently did a shoot with two friends who were willing to pose in exchange for images.  They both do some modeling, so I was hoping they would be easy to pose.  As it turns out, they were both delightful to work with.

Making use of the last dry weekend for the foreseeable future, we shot at two locations, a river front park and around Union Station, the Amtrak hub in Portland.   We started at the park about an hour after dawn on a Sunday morning.  There was some great fog on the river when we arrived, but by the time we walked out to do this shot, it was gone!  Fortunately, the clouds shifted, allowing the pale morning light to illuminate what little fog remained.

This shot was taken with the famous 50mm F/1.4 Sigma Art lens on my Canon 5D3.  I rented a copy of this new lens from LensRentals.com, because it is new and famous for its sharpness.  Unfortunately, it is also known for erratic autofocus performance and I wanted to see for myself how it would work on my camera doing my kind of photography. A 50mm 1.4 prime lens has two jobs to perform in this kind of photoshoot.  It needs to make the people as sharp as possible and the background as blurry as possible.  The blurry background is called "bokeh" by photographers and is the subject of spirited discussions.

I've owned the previous version of the Sigma 50mm 1.4 lens for a few years.  It has some erratic focus habits that I've learned to work around.  Here is a shot with that lens.  I call it the Sigma 50 Classic. Whenever I have a new lens, the first thing I do is perform some tests to see how well the autofocus works.  I also perform Micro Focus Adjustment that calibrates the camera to work with the lens.  With the Sigma 50 Art, I discovered some interesting things.  If I used the center focus point in the viewfinder of my Canon 5D Mark III, the focus was fast and virtually perfect.  Unfortunately, when using the outermost focus points, the lens front-focused horribly.  Points in between the center and the edge had increasing focus error as you moved outward.   I decided to use only the center focus point and see if I could do the planned photoshoot that way.

Here are some more images from the shoot, all done with the Sigma 50 Art lens.  My friends had fun posing, as you can see.  The first image is a good example of how a 50mm 1.4 lens can separate the subjects from the background.  It's almost a 3-D effect. Using only the central focus point in the viewfinder was working out very well!  I'm using the lens wide open here to give the maximum background blur. 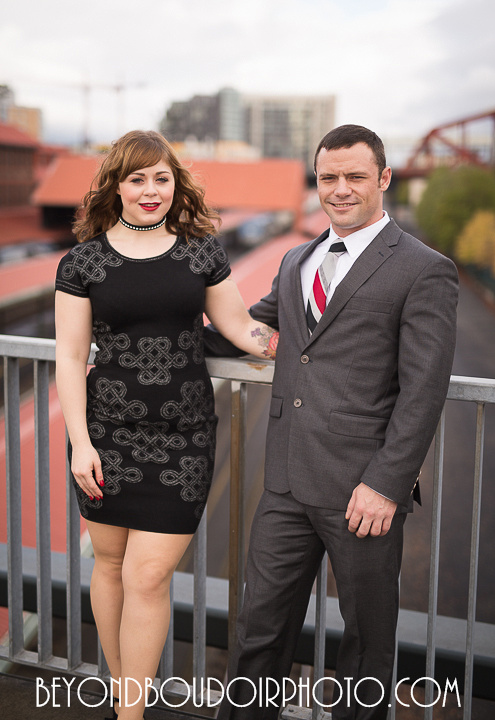 Portland is a very sexy city and it should come as no surprise that my models got a bit frisky! 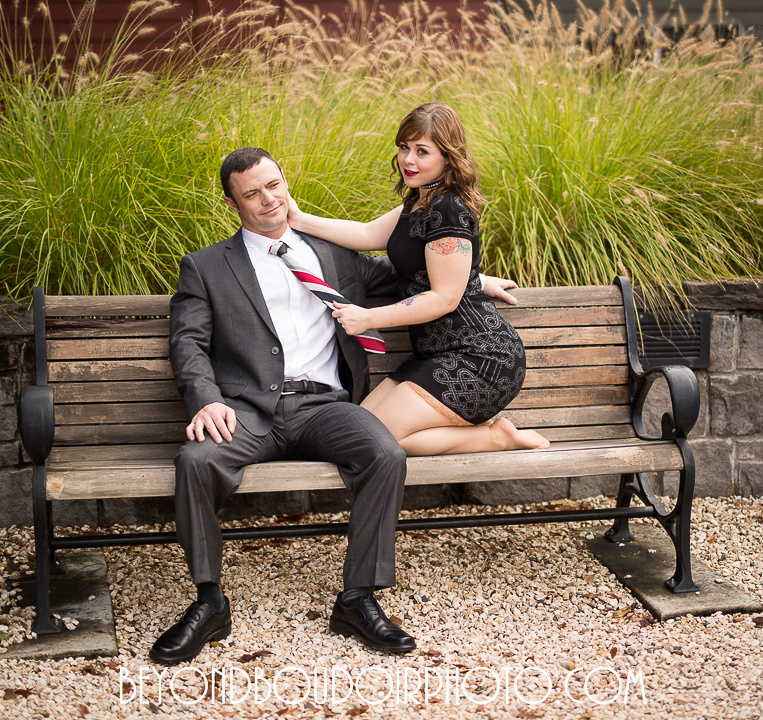 I decided to cool things off a bit with a change of scenery.  Miles is showing off his new suit, which was actually the original excuse to do this shoot. 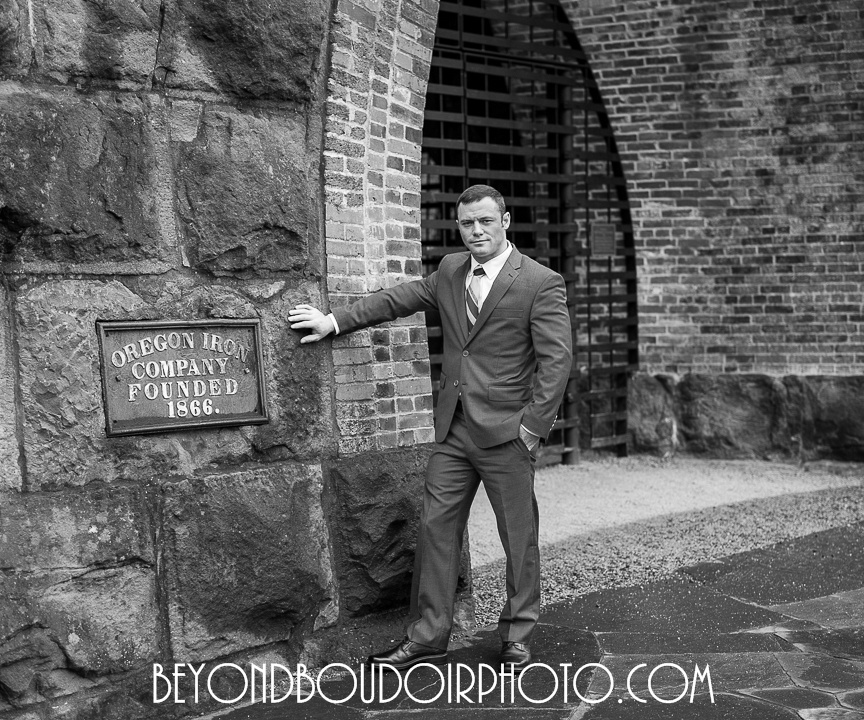 Ah, what a happy Portland couple! 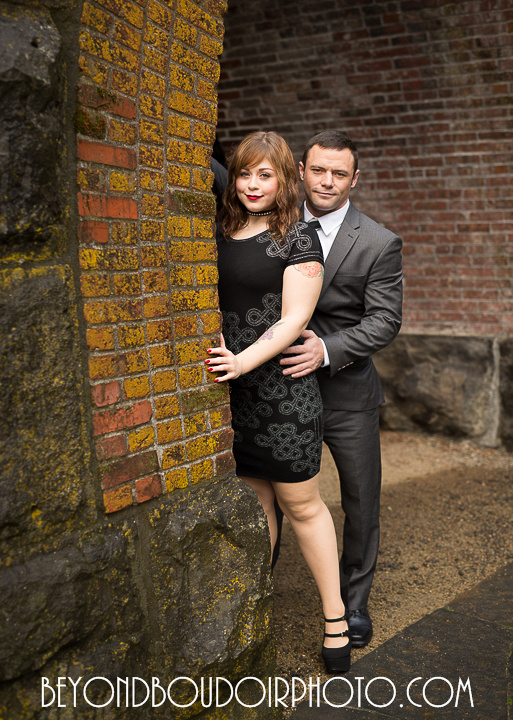 Ooops!  There they go again.  Well, what can you do?  It's Portland! 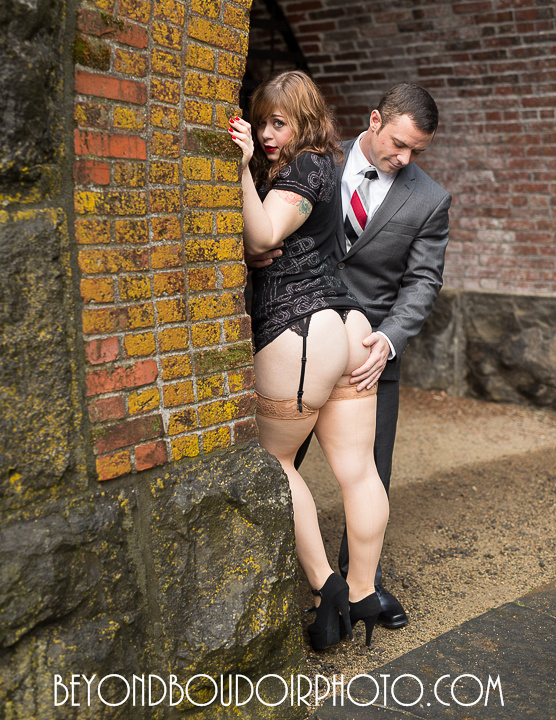 So what do I think of the Sigma 50 Art lens?  Well, I'm pretty frustrated.  The lens is fantastically sharp, well constructed and has a fast autofocus motor.  Unfortunately, the autofocus algorithms for the peripheral focus points are all screwed up.  At the current price of around $900, I'm not at all interested in owning one.  Hopefully, Sigma can fix the firmware one of these days and I will give this lens another look.

Thanks for reading my blog!  If you would like a photoshoot of your own, use the contact form to send me a note.